Speeding bicycles and the tinkling sound of laughter, is what comes to my mind immediately when I think of my growing up days in that wonderful city- Dehradun. A beautiful valley nestled amidst mountains, it was a serene haven for us children. It was totally safe for nine year old kids to walk back from school, alone or with friends. We would stop midway for the delectable “ganney ka juice “(sugarcane juice) from a road_side farer. It cost Rs 1 per glass, way back in the late ’80’s. A year later, cycling was learnt on the lanes of our locality in the evenings. Almost all kids my age could be found doing the same, and having a whale of a time. The day I fist managed to rise up to the seat on my cycle and ride the whole length of a lane, is firmly etched in my memory. That heady feeling of achievement has been difficult to replicate. Finally, I was allowed to go to school on my bicycle the next day, with my dad following me on his scooter, checking if I would manage well on the main road.

We were plenty of kids of the same age in the locality where I lived and we would be out in the evenings, roaming around and thoroughly enjoying ourselves. Every year, during our summer vacations, we would cycle our way to Robbers’ Cave, a picnic spot located near the cantonment area. We would ride hard, taking turns to pedal or ride pillion, singing all along. We would explore the caves there, eat the “Momos” and then speed-pedal back to our homes, stopping at various places enroute. This trip we managed to take at least thrice every summer.

Then there are the Holi memories. A few days before the festival, we would start collecting the wood for our “Holika Dehan”and plan out for the big day. The rendezvous would be at Baba didi’s ( my neighbour ) house every year. I would jump from my house’s roof to our garage’s roof, and then to the orchard which started at the same level . Then I would start running upwards and would reach the small gate that opened up to their lawn. Their huge alsatian dog, Oscar, would have to be tied up and then we would all gather in the verandah. The whole night would be spent dancing and the highlight would be Mahendra bhaiya dancing to “Jumma Chumma” ! Babloo bhaiya would narrate horror stories to us and we would all sit huddled and scary-eyed in the verandah. Then, we would start lighting the Holika and beating an old tin canister, shouting “Holi hai”. The best part was, not a single neighbour complained.The next day, we would run around , calling out to friends and would begin the “wet” Holi! One by one, we would be unceremoniously dumped in the “Haudis”( cemented water tanks) filled with coloured water. Then, off we would go in groups to all the houses in the area, devouring the dahi-bhallas, ghujiyas, gol-gappas and jaljeera offered to us. Any Holi played now, pales in comparison to those wonderful Holis that we played, year after year.

It was first on my bicycle, then the Luna (a moped), and then on my Kinetic Honda (a scooter) that I scaled the roads and discovered every nook and cranny of my beloved town. Back then, it was not compulsory to wear helmets, and we almost always rode Tikdi (three persons on a two-wheeler). We would ride straight upto Rajpur, a small settlement at the end of Rajpur Road ( the main road of the city which leads to Mussoorie). Then, while returning- hold your breath- we would ride the scooter on “Neutral”( meaning, engine not on) right till Ghantaghar(clock tower), a few kilometres down the road! I would tell my mom that I was going to “Rajpur road” with my friends as most of our hangouts were located on this road. We would often sit in the road side restaraunt “Yeti”, and then would shout our greetings to other friends who would also be riding up and down the road on their Hero puchs , Kinetic Hondas or even bikes ( only a few though). Back in those days, it was quite possible to ride our vehicles side by side, as the roads were not so crowded. Cars were few and we would often take walks on Rajpur road ( there goes the name again! ). A common invite among friends would be- “Chal, Rajpur road ka chakkar lagake aate hain”.

One article is not enough to contain all the beautiful memories of my lovely childhood spent in the most wonderful city called “Dehradun”. Though, it is crowded and very different now, since it became the capital of Uttarakhand in the year 2000; it is still the best place place on the earth for all of us who grew up there. It is said, “Önce a Doonite, always a Doonite”. I want to go back in time and relive my fun filled childhood in this gracious place.

If only I could be a child again!

I am Sapna Dhyani. I write about everything that crosses my mind. I write about life as I see it and like to infuse humour into my blogs. I belong to Dehradun but now live in a new city after every two years, being an army wife. This uprooting of base every couple of years, setting up a new home in a new place, meeting new people and forging new friendships, exploring new cities; all this ensures that I go through and am blessed with a myriad of experiences. View all posts by Sapna Dhyani

6 thoughts on “[C] Oh, my childhood in Dehradun! How I wish I could relive you! #AtoZchallenge” 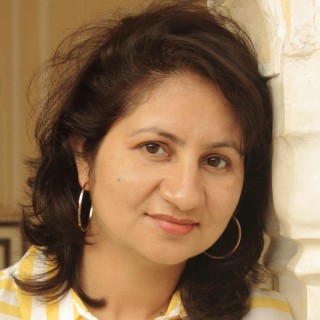